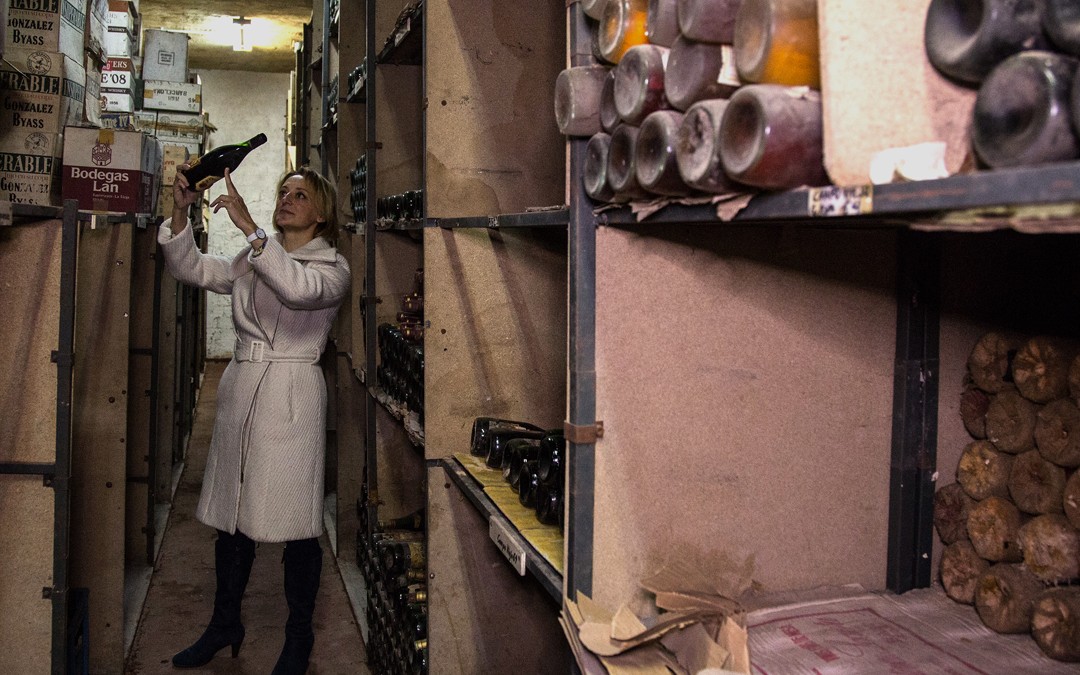 Spanish Wine Exclusives is always in search of well-stored, mature wines—especially from great vintages. Our selections are made on the basis of high quality and consistency after multiple tastings. We source these rare vintage wines from private collections in the north of Spain, primarily from a single, large collection that purchased directly from wineries upon release, and has stored them in an underground cellar since then.

The main reason we seek out these wines is simple: for the sheer pleasure of enjoying them and all their silky smooth complexity. But beyond that to give fellow lovers of mature wines the opportunity to enjoy them too. We also strongly feel that these glories of Spanish wine history deserve wider recognition for their excellence right alongside the very best wines from the top appellations from France and Italy, like Barolo, Burgundy and Bordeaux. And we might add they are often moderately priced in comparison to those from more renowned regions.

We should note that we realize these rare old wines are not to everyone’s taste, especially those that favor bold, powerful young wines. These treasures offer a very different experience, and require some patience to get the hang of their subtleties.

For who do enjoy them, they usually start to understand after a few tries and gravitate toward digging deeper. We should note that although these wines have good fill levels for their age, there will be some variation from bottle to bottle, as is normal for wines with decades of age. And that is part of the magic of opening a bottle of wine forty, fifty or sixty years old.

Their age alone makes these grand old bottles one of the great heritages of Spanish Wine Culture. They are a living legacy and window into the past. When vibrantly alive they give us insights into the tastes and preferences of the past and how perfection in wine was once conceived. The ideal of what makes a wine great evolves over time and varies across cultures, just as conceptions of beauty and ideals of greatness in the arts evolve and vary over time. And the wines evolve as well, sometimes differently than their creators may have imagined, adding to the mystery and fascination of drinking these old bottles.

The Gran Reservas of Rioja represent one such ideal, which traces back to two threads in the eighteen and nineteenth centuries: The Bordeaux tradition of making wine in oak casks and preserving it in glass bottles with nearly airtight cork stoppers, and the symbiotically related British tradition of connoisseurship in which wines are cellared for decades to achieve silky elegance and remarkable complexity–mostly in the form of the grand vins du Bordeaux along with fortified Port, Sherry and Madeira wines.

While this historical background lends nuance to the experience of these wines, they are first and foremost about the sheer and rarified pleasure they offer—in the form of that silky elegance and remarkable complexity that British connoisseurs continue to prize today as they have for centuries. And this is what our rare old vintage selections are about.

In our ongoing efforts to find great old vintages and learn more about those wines and how they were made, we contacted Don Manuel Ruiz Hernández, a passionate authority on wine production in Rioja, who was the Técnico de la Estación enológica de Haro from 1960 to 2004. The official position comes down to something like technician in charge of the winemaking laboratory that works with area wineries toward meeting appellation standards. Additionally, Don Manuel consulted for the growers that founded the Bodega Cooperativa Vinicola Labastida, which made Castrijo, our first old vintage offering—now sold out.

However that is only half the story. Don Manuel is one of the most knowledgeable and dedicated authorities we know on the technical aspects of winemaking in Rioja over the last 50 years. Not only has he painstakingly recorded climatic, biological, microbiological, soil, production volume, and other data over decades he continues to analyze trends, causes and solutions to the issues of wine production in Rioja. Most recently, his work on the effects of climate change is dramatic and fascinating—but that is another story.

1964 is arguably the greatest vintage of the 20th century in Rioja, and better examples are still outstanding today. Don Manuel explained four key factors on why 1964 was so good: low rainfall in June, a hot August, a relatively cool September overall, but with hot, sunny days and cool nights, and finally a particular “Oil Drop” yeast, which has historically only appeared in the greatest vintages and adds yet another something extra that helps set 1964 above other excellent vintages. We wholeheartedly recommend you try a 1964 Rioja for your next wine oriented special occasion.