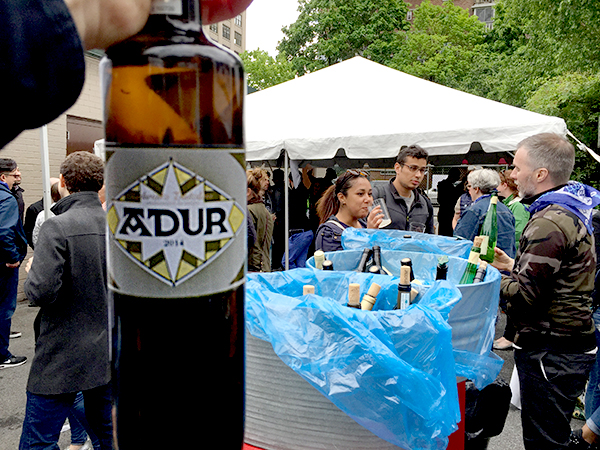 Adur was one of many notable Txakoli wines served at Txikifest 2016 in Chelsea, NYC, where fun was had all around. Despite some overcast skies the atmosphere was casual and convivial with plenty of Txakoli to sample. Txikifest is an annual festival hosted behind Basque restaurant Txikito that celebrates Txakoli wine, the crisp, sometimes slightly fizzy wine made in the Basque country in Spain. Most Txakoli, like Adur, is white, although there is a little rosé and red also made.

Txakoli is a wine ideal for serving with food and is part of the Basque Country’s famous food culture. And that is the other key ingredient that makes Txikifest such a pleasure, all the food pairings to enjoy with so many different Txakoli wines. Food purveyors providing eats were: Llama Inn, Colonia Verde, Del Posto, La Newyorkina, Mateo, Pomfrit, Quality Eats, Superiority Burger, and the organizers Txikito, La vara, El Quinto Pino y Tekoá.

We hope to see you next year at Txikifest!